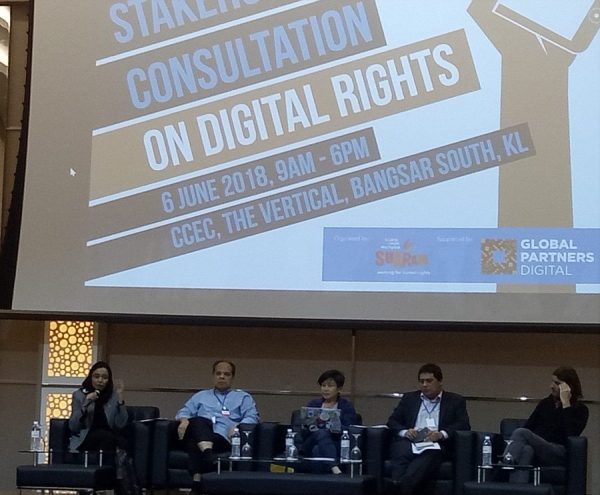 As a 100% born and bred Malaysian, I love my country. I am proud of our history, our people, our cultural heritage and incredible diversity through every imaginable aspect. While I can stand proud for (most) things “Made in Malaysia”, happily chant our “Malaysia Boleh! (Malaysia Can!)”slogan and our latest “Salam Malaysia Baru (Happy New Malaysia)” greeting, I am certainly not proud of this: Malaysia sitting in the bottom half of the World Press Freedom Index 2018 (144 out of 180 countries).

Arguably, this isn’t half as bad as Cuba, where Internet is only accessible to roughly 30% of its population, most of whom are on the ‘approved list of users’ (government officials, journalists and the likes). Unlike Cuba, the Internet penetration rate in Malaysia has risen to 87.5%. But accessibility aside, an important question to ask : how much of this is regulated, how much content is censored, what are our digital rights in this millennial age?

Since our independence from the British in 1957, the Barisan National led government has used various censorship laws to curb freedom of speech – Official Secrets Act 1972, Sedition Act 1948, and the Printing Presses and Publication Act 1984.

As a Journalism Major, I recall a media law research paper I wrote about the Internal Security Act 1960[1]. The research that I discovered was horrifying, grotesque and beyond comprehension for a young adult : the Act allowed police to detain suspects up to 60 days in jail, without the right to trial, and subject these individuals to humiliation and torture, both emotional, mental and physical. Prisoners were those posing a ‘threat to national security’ – activists, journalists, student leaders, religious groups. In essence, ‘rebels’ and anyone who expressed a different train of thought to the ruling party. And in the mid 90’s, when the Internet was first introduced in Malaysia, another act was written up : the Communication and Multimedia Act 1998.

Just before the General Elections earlier this year, another Act was born. On 11 April 2018, the previous Malaysian administration led by former Prime Minister Najib Razak, gazetted the Anti-Fake News Act 2018 where offenders charged with spreading “news, information, data and reports which are wholly or partly false” including features, visuals and audio recordings, both on digital and print media, could be fined up to MYR500,000 (USD130,000) or jailed up to 6 years. 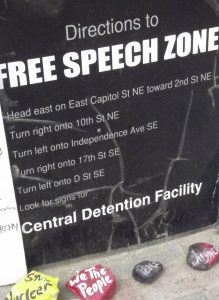 During my six-week YSEALI fellowship in USA in April through May 2018, I was fortunate and grateful to experience first-hand freedom of expression with Americans – at Metro stations, waiting in line at stores, dinner parties, street parades, and my favorite place in D.C – the President’s Park aka Lafayette Park in front of the White House. Albeit rather skewed political viewpoints (due to the geographical location I was in), it was still inspiring to see people exercise the First Amendment in many forms.

Through all this, one thing is apparent: while Malaysia may be ridiculed for our endless list of draconian laws, and shrinking civic spaces, all is not lost. The emergence of such laws have spurred Malaysian human rights groups such as SUARAM to host multi-stakeholder meetings, in hopes of developing practical recommendations and alternative policies, to the current legislations related to online expression and digital rights.

In the days ahead, the new administration has an uphill battle to fight. Sixty years of a corrupted regime cannot be erased in the first 100 days of a new administration. The list of reforms is endless – empowering the indigenous groups (the poorest in the country), reducing the rural-urban divide, setting up an independent judiciary, repealing the censorship laws and amending the relevant ones instead of allowing it to be a blanket curb for freedom of expression. It is heartening to see the new government supporting the human rights sector, sitting in meetings and being available for discussions. It is always hard, but the first step is acknowledging the reforms and the need for them to be addressed immediately.

For many, these open dialogues may not mean anything. After all, talk is cheap. But to us Malaysians, these dialogues represent hope, no matter how tiny. And it is this tiny flicker of hope that will someday lead us to Internet freedom in Malaysia.